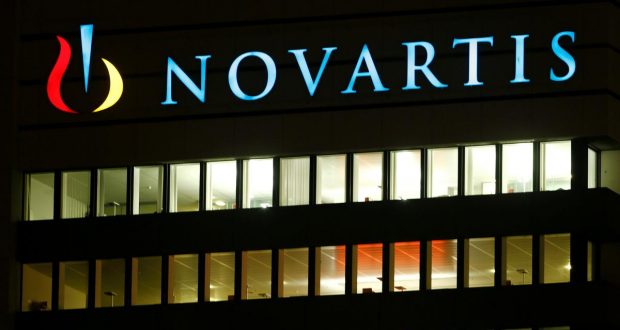 FILE PHOTO: The logo of Swiss drugmaker Novartis is seen at its headquarters in Basel, Jan. 25, 2017. REUTERS/Arnd Wiegmann/File Photo

ZURICH (Reuters) – A U.S. group that reviews the value of medicines issued a critical report on Novartis’s new multiple sclerosis drug Mayzent, calling its $88,561 list price “far out of line” compared with its benefits for patients.

The Boston-based Institute for Clinical and Economic Review (ICER), which has been reviewing Mayzent for months, recommended that Novartis lower the drug’s price.

Mayzent was approved in March by the U.S. Food and Drug Administration for adults with relapsing forms of multiple sclerosis, including active secondary progressive disease (SPMS).

The FDA concluded oral Mayzent was not shown to be effective in forms of MS where relapses have stopped but the disease continues to progress, also known as non-active SPMS.

“It is unfortunate that Novartis chose a price that is so far out of line with (Mayzent’s) benefits to patients with active SPMS, particularly with it entering a crowded field of disease modifying therapies,” ICER Chief Medical Officer David Rind said in a statement late on Thursday.

Novartis did not immediately comment on the conclusions of ICER, whose reports are used by insurers, pharmacy benefits managers and government agencies in the United States as they negotiate reimbursement for medicines with drugmakers.

Some patient groups funded by the drug industry have been critical of ICER’s reports, saying the standards it uses to judge a drug’s value are discriminatory.