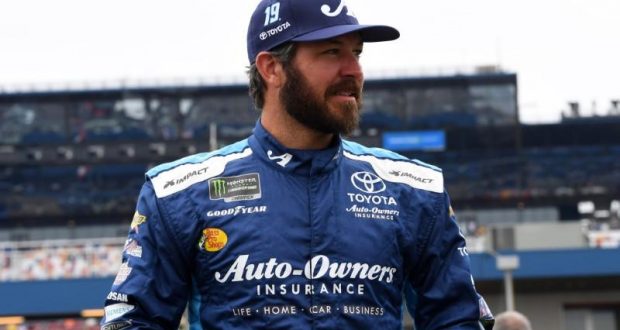 DAYTONA BEACH, Fla. — In a sense, Martin Truex Jr. merely picked up right where he left off — in front of the pack.

The defending and two-time Sonoma (Calif.) Raceway winner led opening practice Friday at the 2.52-mile road course and looked like a good bet for race day even with a new twist to the Sonoma turns.

For the first time since 1997, the road course will include its unique “Carousel” turn, a tough and tight twist through Turns 4-7 of the 12-turn course.

The new look was a hot topic both before the Monster Energy NASCAR Cup Series rolled into Northern California for Sunday’s Toyota/Save Mart 350 (3 p.m. ET on FS1, PRN and SiriusXM NASCAR Radio) and throughout Friday’s opening practice sessions.

“We definitely learned a lot about it,” said Truex, driver of the No. 19 Joe Gibbs Racing Toyota. “I’d never been on it so it was quite a learning experience for me.

And, he added, “I’m glad we were able to come here, figure out the track, figure out the race car and how to adapt our set-up that we’ve been running here the couple seasons over to the new turns, and I definitely felt like it worked out pretty well for us.”

While Truex, a three-time winner this season, led the opening practice, two-time defending pole-winner Kyle Larson paced the later session. Most of the drivers acknowledged Friday that the track’s new look took a little adjustment even if two of Sonoma’s recent best looked to have figured it out rather quickly.

It wasn’t that way for everyone, though. Four-time 2019 race winner and two-time Sonoma winner Kyle Busch, for example, had multiple misadventures navigating the previously unused carousel, as did Bubba Wallace.

Drivers reiterated Friday that time on the track was truly the only way to transition the course change.

“The only thing I did in preparation of coming here was to go to the simulator a little bit,” Truex said. “You only get so much out of that. All the visual cues are there, but you don’t have the feel, the sensation of speed, the g-forces, the rises and the falls, all of that.

“So to go out there, cold turkey this morning, it was a little bit weird. It was a little bit hairy. I was trying to figure it out, and the track was a little dirty. It took a while to get it figured out, but once we were done with practice, I was really comfortable with the track. With the changes we made to my car, I am looking forward to hopefully laying down a good qualifying lap tomorrow.”

Reigning series champion Joey Logano insisted he had similarly high hopes for Saturday’s qualifying and for Sunday’s race. However, the Team Penske driver also spoke about the challenges of the new-look layout and the wide-open expectations for Sunday’s race.

“We all have plenty of time to work on it and figure it out. The thing that is still an unknown is how it races. We got behind some cars in traffic in practice to see what effect it has to your car and those little things. There are a lot of unknowns until we race in all honesty.”

That race-and-see refrain was common Friday following practice. Roush-Fenway Racing driver Ryan Newman said he came to the track a day early to get an idea of the best technique to tackle the carousel.

“They let me drive the pace car around just to kind of get a feel for it,” Newman explained. “I couldn’t go fast because there were a bunch of people around the race track, but I wanted to get an idea of what to expect. It is fine. It will be interesting to see how it races. It is another half mile of distance that hopefully will add some excitement and some passing zones that we kind of needed here.”

The upside of the unknown may be an intriguing race day twist, so to speak.

“I think it is going to be a challenge when you crest the hill for the first time to see where the accordion effect happens going back toward Turn 3,” Newman said. “You will be on the brakes in places you have never been on the brakes before. That will be the biggest challenge, I think.”